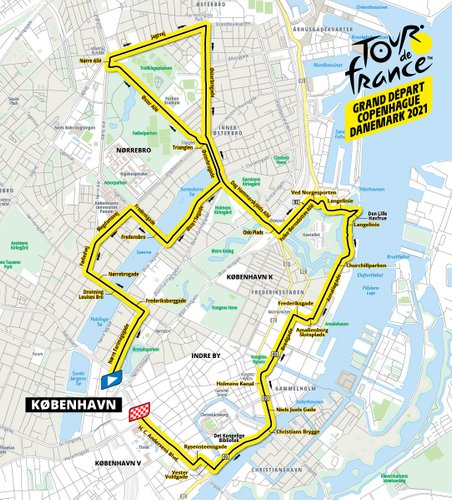 We will indeed have 3 stages of Tour de France here in Denmark in total – 1 in Copenhagen and 2 others in the southern part of the country.

It is said that Copenhagen is the most bicycle-friendly city in the world, and that’s here where the scene will be set for the most famous cycling race on Earth - the Tour de France. Nine Danes out of ten own a bicycle that we use on a daily basis.

Check out the route of the Tour de France "Grand Départ" stage 1 before July 2nd 2021. We have walking tours where we will walk all 13 kilometers (stage 1) which will take between 3 and 4 hours and/or we can walk a part of the tour (2.5 – 3 hours) where we will see the highlights on the tour such as: